To the players for their efforts this season, for representing RGS with pride and showing a fantastic attitude throughout. Win, lose or draw, they have been great ambassadors of the school. What a fantastic 1st season for both Mr Burroughs and the Year 7 boys.  It is always brilliant to see so many players turning out for matches, many of them with no previous rugby experience.  Regularly fielding 5 teams, our strength and depth shone through as the season progressed.  Results for all teams were mixed, but the team spirit was really strong throughout the season and even in the face of defeat the boys never let their heads drop.

The season culminated with the recent FRORGS Awards evening and what struck me was the genuine pleasure the boys took in their team mates achievements.

Congratulations to everyone and roll on September! 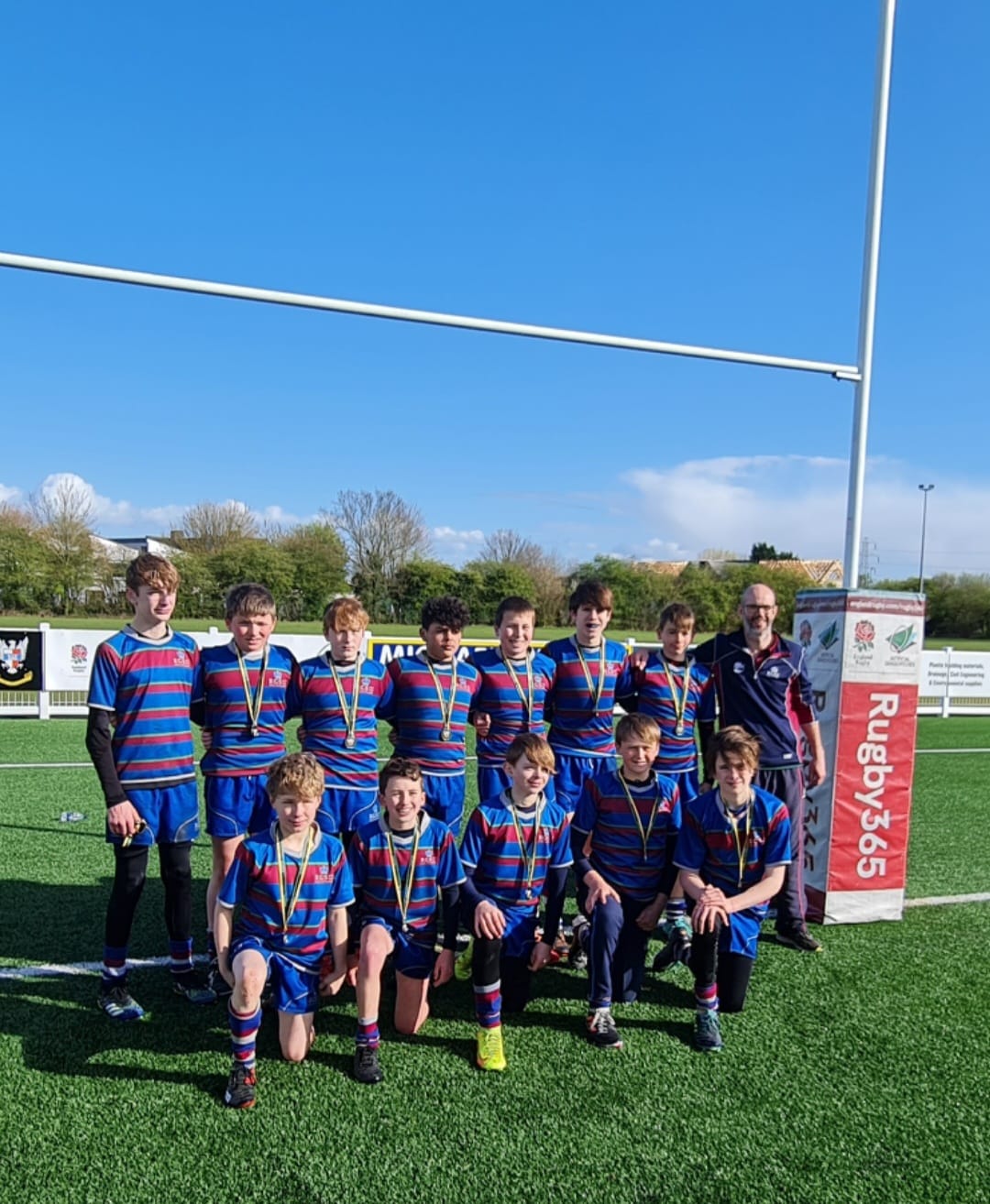 A great season for our Yr8 ‘s belatedly representing the school a year later than anticipated. Mr Fossey & team did a fantastic job expertly coaching and encouraging the boys across the season. The A team had a superb season winning all but two games whilst the B and C sides got stronger and more confident the more they played as to be expected. Listening to the hilarious speeches from the boys at the FRORGS Awards it was obvious they had a thoroughly enjoyable time representing RGS and made the first of many happy schoolboy rugby memories.

Lastly, Yr 8 Parents supported the many brilliant fund raising efforts and the 7s season was a resounding success – unbeaten at Warwick, winners at Stowe and runners up at a Northampton Saints community competition involving 72 schools. 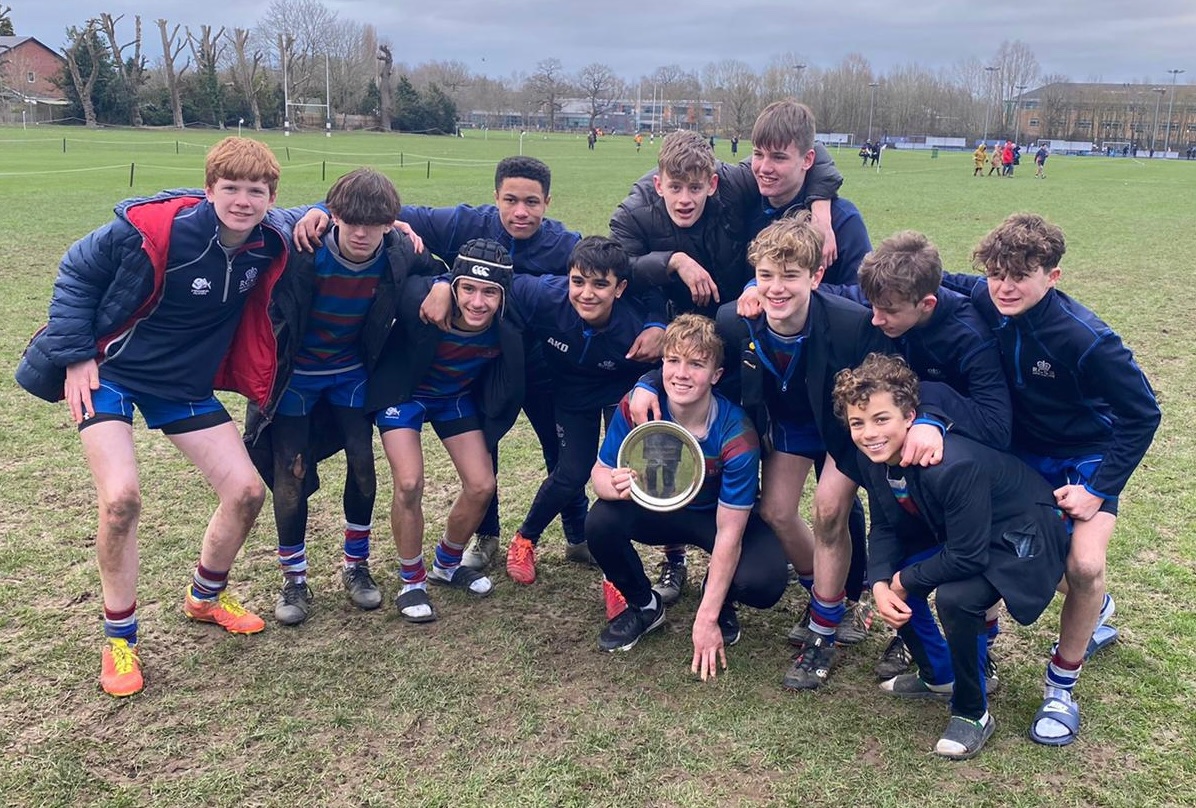 The relief and enthusiasm to be back on the pitch with a full schedule of fixtures was palpable! Year 9 have consistently put out 3 teams through the year. All teams have had a good run of victories against notable schools and visibly raised their games as opposition stiffened. The A Team ran talented Brighton College and Whitgift sides and claimed convincing wins over Seaford and St Edwards, Oxford.

A similar story for the B Team, who wrestled a well deserved draw against Seaford and finished strongly against St Benedict’s and Campion. Even with half a dozen boys new to rugby, the C Team won convincingly against Whitgift, St Edwards and finished with honours even against Campion.

Our thanks to Mr Zair who spent many hours on extra-curricular team-sheet duty to manage the CV impact and to the staff who have refereed, coached and run the touch. 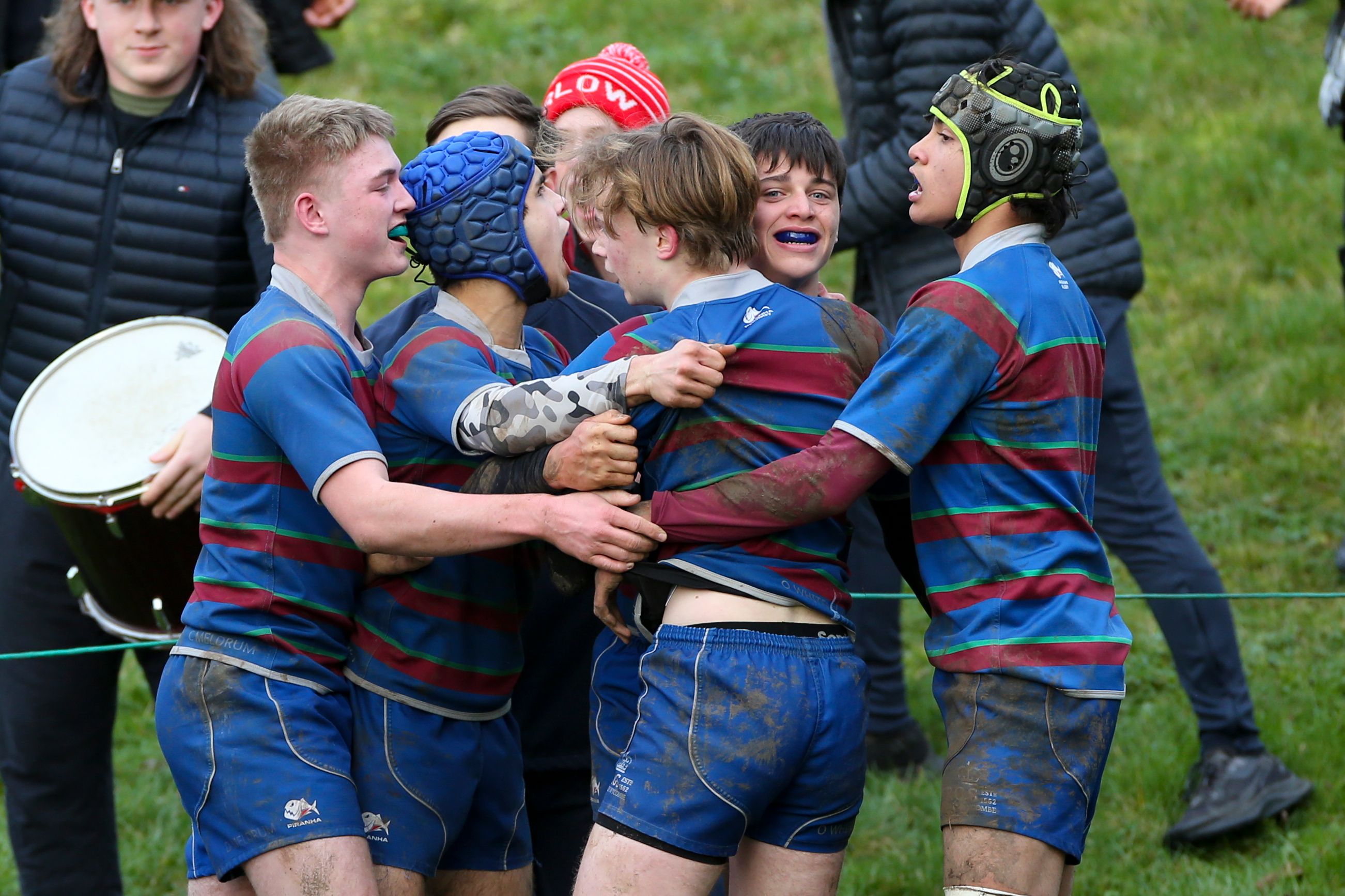 The highlight of the season was undoubtedly the 29-26 win over Harrow in the Nat West Cup followed by the heartache of drawing 24-24 with eventual winners Wellington but going out on the ’tries scored’ rule. In a season of ‘what might have been’, the boys picked themselves up and went to the Warwick 7s where they beat a very good Hampton team both in the group stages and in the final to bring home the silverware.

Outside of the tournaments, the regular fixtures saw some highs and lows in performances but strength in depth is a key to this age group and the ‘B’ team had some excellent performances including the Dean Close game being stopped early due to the avalanche of tries being scored. Well done to all boys in the U15s!

Many thanks to Mr Huelin and Ms Caesar for their hard work and the extra hours they put in. 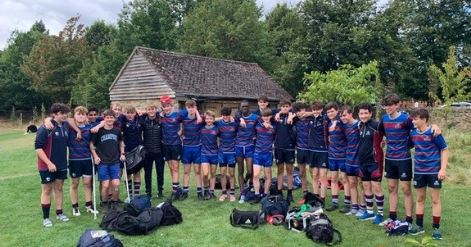 The U16A team have had a season of mixed fortunes, scoring notable victories over St Paul’s School, Bromsgrove and St Benedict’s. A large number of the fixtures were very tightly contested, often with just a few points separating the winning and losing teams. The U16B team had a typically strong season, with only one loss from 8 fixtures. There were excellent performances against Warwick, St Edward’s, and Campion.

The year group now look forward to joining the senior squad this Summer. Our thanks go to Mr Honeyben, Mr Scourfield and the teachers for supporting the boys in training and at the weekends. End of Season Round up by James Honeyben, Head of Rugby, Strategic Lead for Sport

I am incredibly proud of what we have been able to achieve here at RGS and hugely excited by what progress can be made in the future. More... End of Season Round up by Fran Kucera Chair, Friends of Rugby

It is always great to see as many RGS parents at away games as the home teams have supporters and I know from my boys th… More... Hawkins and Ashby's unique partnership was recognised by the 1962/3 All Blacks as the best pair of halfbacks in the coun… More... Tatts, as he was known by the senior rugby players, helped launch Friends of Rugby (FRoRGS), and thanks to this, Colin l… More... The Auction is already live and will remain live until the end of the Dinner on 16 September with winners being notified… More...

End of Season Round up by James Honeyben, Head of Rugby, Strategic Lead for Sport

I am incredibly proud of what we have been able to achieve here at RGS and hugely excited by what progress can be made in the future. More...

End of Season Round up by Fran Kucera Chair, Friends of Rugby

It is always great to see as many RGS parents at away games as the home teams have supporters and I know from my boys that the shouts of “Come on RGS”… More...

*
*
Login
or
Join
Cancel
This website is powered by
ToucanTech